Benjamin Bucklin (one of the two sons of William Bucklin, the original Bucklin settler in American) was killed in the Indian war called King Philip’s War, in 1676, in an incident known as Nine Men’s Misery. A monument to the nine men still exists at the site. 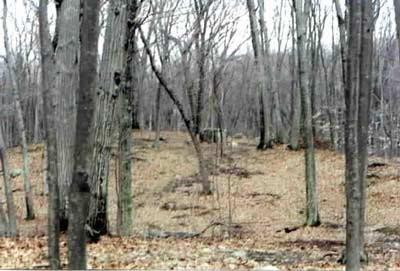 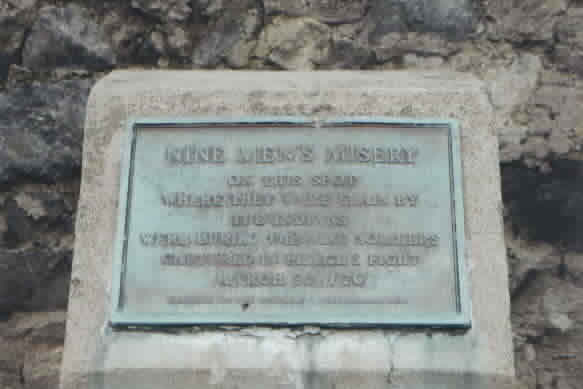 Nine Men’s Misery
On this spot
where they were slain by
the Indians
were buried the nine soldiers
captured in Pierce’s Fight
March 26,1676

Benjamin was a vigorous and virtuous man, appointed, at the age of 19, appointed one to be one of the two “Town Troopers” of Rehoboth, to help keep order and give aid by force if necessary to the townspeople. His extraordinary height probably also contributed to his appointment.

Always a part of the defensive force of the Rehoboth colony, even though he and his father lived outside the town boundaries, Benjamin died during military events in the King Phillips War, at age 35, on 26 Mar 1676.[3,4]

Benjamin’s remains were identified, at the Nine Men’s Misery location, by (a) his large size; and (b) having what was described as a “set of double teeth all round.” There is substantial documentation of Benjamin’s remains.

Benjamin was slain in the King Phillip’s War, in an incident memorialized as “Nine Men’s Misery“, as a part of what is generally referred to as the Captain Pierce Fight. News of the Captain Pierce Fight (a terrible loss of life and defeat for the organized military forces of the Massachusetts colonies) was terrifying to the 50 or so scattered villages of Massachusetts and Rhode Island.

In 1675, William Bucklin contributed 2, 9s to assist in the war against the Indian King Phillip. His sons Benjamin and Joseph contributed 4, 3s and 6 , respectively. Pawtucket was in the center of the war zone, with many, if not most, of the houses burned, and many killed. Providence was essentially burned to the ground.

Rehoboth was in the midst of King Phillip’s War. One cause of the war was the trial of three Indians who were put on trial in Rehoboth. William Sabin was foreman of the jury that found them guilty of murder. The Indians were hanged in June of 1675 in Rehoboth.

Nine months later, the Indians burned William Sabin’s Mill and killed there his 29 year old son, Nehemiah. The “Ring of the Town” of Rehoboth was burned by the Indians, under the command of King Phillip. Forty houses and thirty barns were destroyed. In the Ring, only the heavily fortified garrison house, and also a house on the south side of the Common. escaped the fire-setting. The house on the south side of the Ring was saved in a clever manner because a number of black sticks (resembling rifle barrels) were placed obtruding from the home, giving it the appearance of also being a garrison house.

All the town inhabitants, except one, had sought refuge in the garrison house, and were saved because the Indians wisely decided to stay more than a rifle shot away from the garrison house. The one who did not seek refuse was Robert Beers. When the alarm was given that the Indians were coming, he stayed in his house calmly reading the Bible, believing that nothing could harm him while reading that book. The Indians shot him through the window, then burned the house.

BENJAMIN BUCKLIN (son of WILLIAM) was born 02 Jul 1640 in Hingham, MA [1,2], and christened in that town by the well-known and independently-minded Rev. Peter Hobart.

Because Benjamin Bucklin was christened by the Rev. Peter Hobart, in Hingham, MA, it may be helpful to mention something about the extraordinary Rev. Hobart.

“Peter, a twin son [twin of Edmund], was b. at Hing., Eng. and bt. there, Oct.13 1604. He was educated at Magdalen Coll., Cambridge, Eng., where he received the degree of Bachelor in 1625, and of Master of Arts in 1629. He was m. at Eng. and came to New Eng. with his w. and four ch., arriving at Charlestown in June, 1635. On the first page of a journal which he kept, giving a rec. of the baptisms, marriages, and deaths, which came under his notice during his ministry of nearly 44 yrs. in out Hing., is the foll.: ‘I with my wife and four children came safely to New Englane June ye 8: 1635: for ever praysed be the god of Heaven my god and king.’ In Sept. foll. he settled in our Hing., and on the 18th of that month received a grant of a house-lot on Town (North) St. He also had other grants of land for planting purposes. He was twice m., his last w. being Rebecca, dau. of Richard Ibrook. She d. here 9 Sept. 1693, aet 72 yrs.; and in her will, made four dys. previously, gives to s. David the dw.-house with thirty acres of land. Rev. Peter Hobart also left a will, in which his fifteen ch. then living are mentioned. The date of his death, and the years of his ministry are recorded on a memorial tablet standing near Central Ave., in the Hing. cemetery as foll.: —

In memory of Revd. Peter Hobart who died January 20th 1679 in the 75th year of his age and 53rd of his ministery 9 years of which he spent in Hingham Great Britain & 44 in Hingham, Massachusetts.

Peter was the minister of the Old Ship Church of Hingham. History has Peter “as an independent and spirited clergyman … which occasionally brought him up before the general court [of the Massachusetts Bay Colony] to answer for his outspoken opinions.

Before the Rev Peter Hobart arrived in New England, with his flock from his church in Hingham, England, the place he came to was settled, but known as Barecove. By petition to the general court of the MBC, Hobart got the name of ” Barecove is changed and hereafter to be called Hingham.”

At age 23, Benjamin had married RACHEL WHEATLEY ALLEN, daughter of William Allen, in Nov 1663 [5,6,7]. The first of their six children, Rachel Bucklin, was born the same month as the marriage.

Benjamin’s wife was Rachel Allen. who was a sister of Debora Allen, who was the wife of Benjamin’s brother Joseph Bucklin. In other words, Allen sisters married the Bucklin brothers. Upon the death of Benjamin and later his father William, it was left for Joseph to carry on the management of the William Bucklin 600 acres, at the Pawtucket Falls area, plus substantial land William or Joseph had purchased in other towns (e.g., 400 acres north of Providence).

After the death of Benjamin, Rachel retreated out of the active war zone to the safer area of Braintree, MA, where she later married John Loring. She died 27 Nov 1690 in Hull, MA [8]. The children of Benjamin, his heirs, later sold their Pawtucket area lands to non-Bucklins, and so the original 600 contiguous area of William Bucklin were no longer all in the Bucklin family.

Little other personal information is known about Benjamin, except we do also know that Benjamin and his brother John, with other persons, formed a partnership to dig a mine for silver in Rhode Island. John signed with an “X”, but Benjamin signed his name, spelling his last name as “Bucklen”.

12. bones were dug up and not reburried at site.

14. John C. Erhardt, Rehoboth, Plymouth Colony 1645-1692, 378, This list in the town records of those who contributed money for the war lists Benjamin as paying money and adds the note: ” with ye loss of a gun”,.

16. Leonard Bliss, Jr., History of Rehoboth, (Otis, Broaders & Company, 1836), 95, “one of the men was ascertained to be a Bucklin of Rehoboth, from his very large frame, and from a set of double teeth all around.”

17. Holems, Directory of the Ancestral Heads of New England Families, (1964).